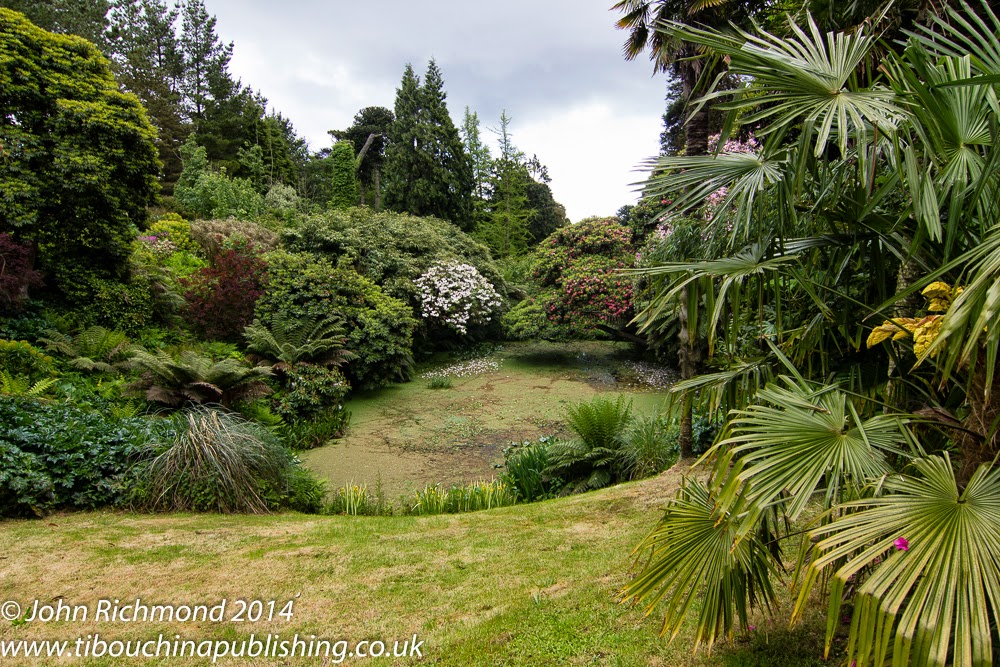 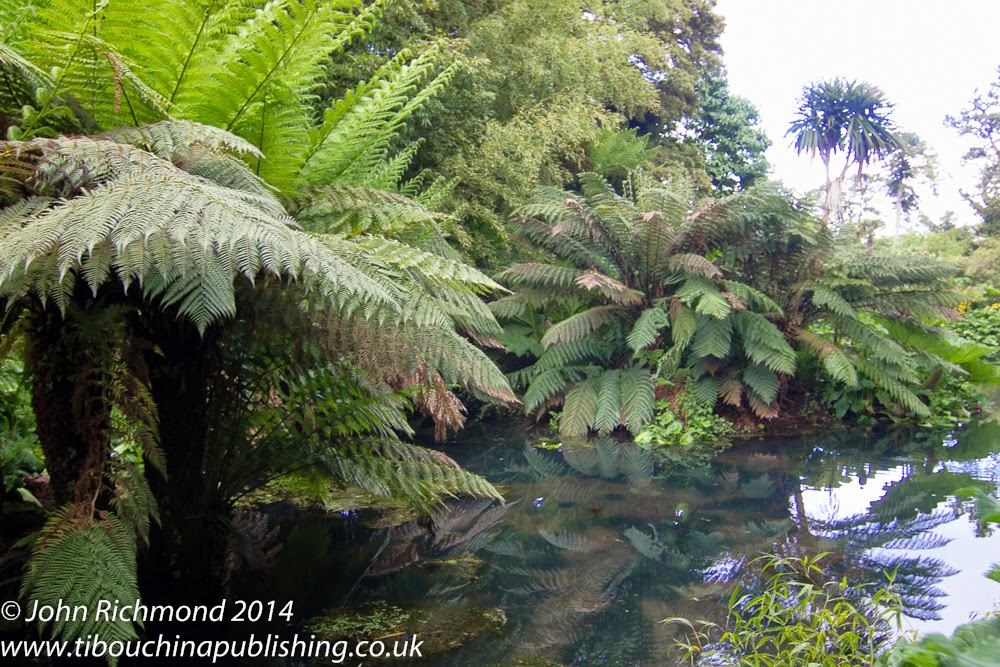 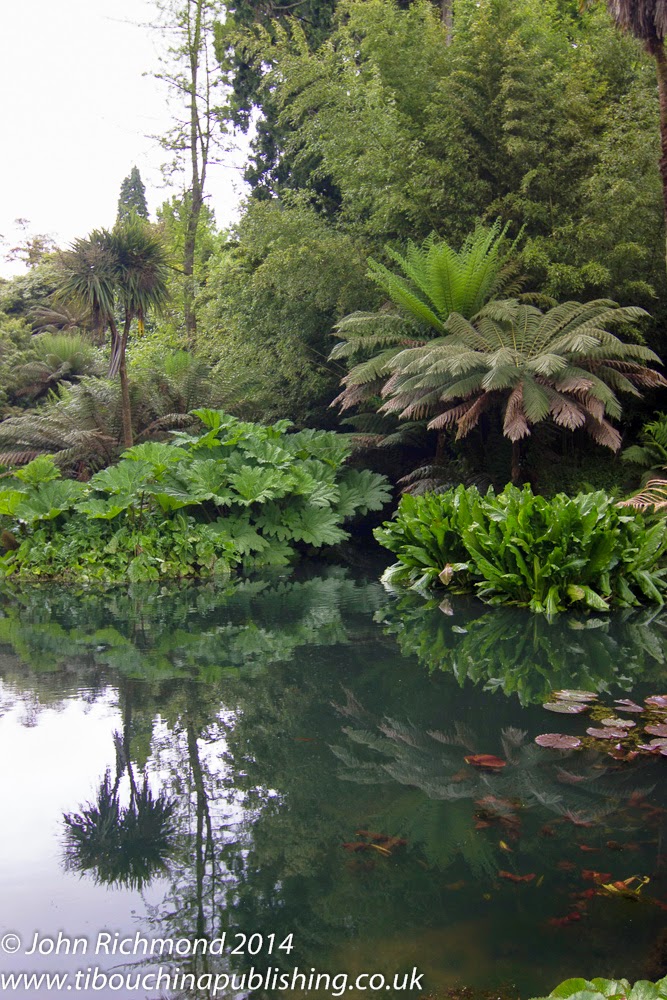 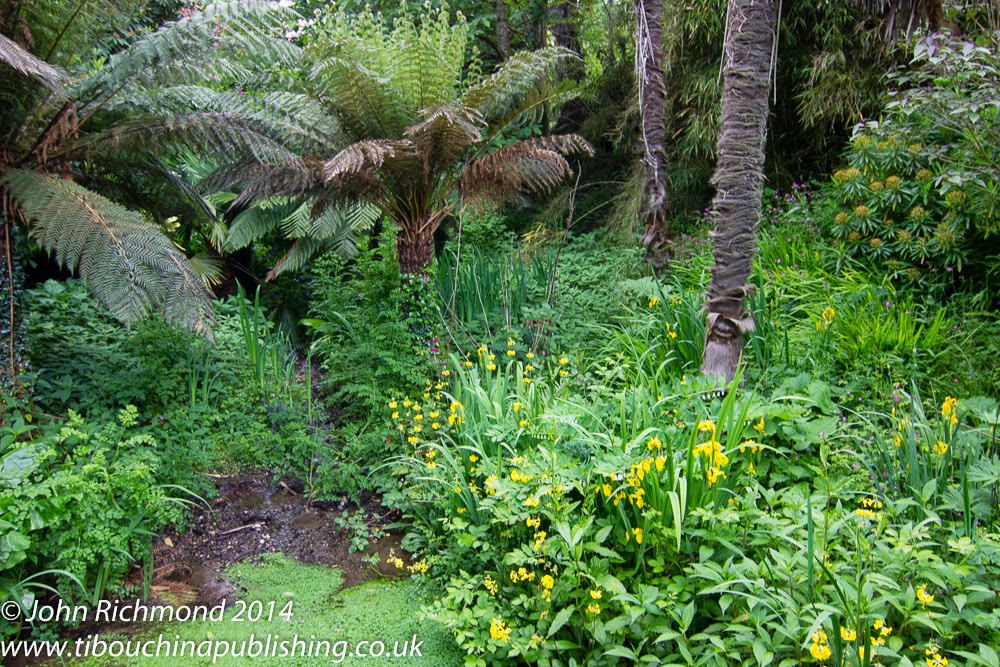 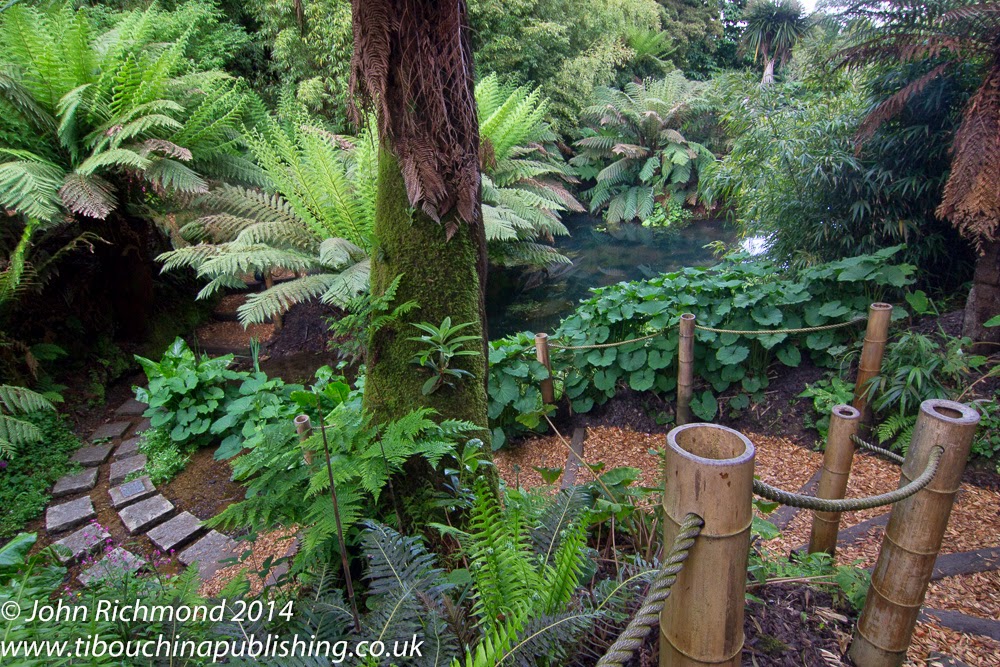 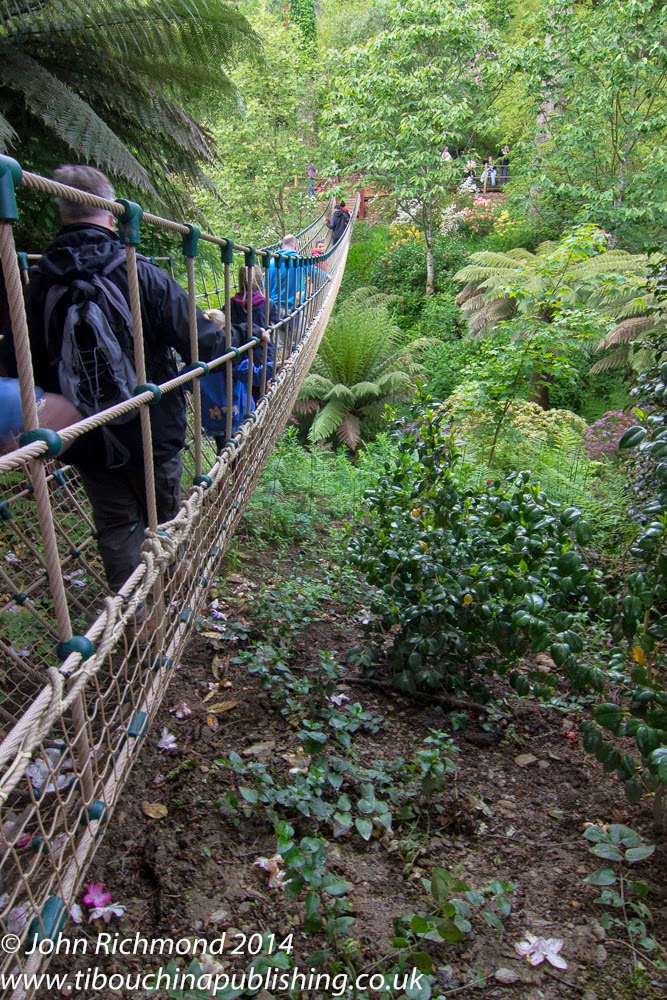 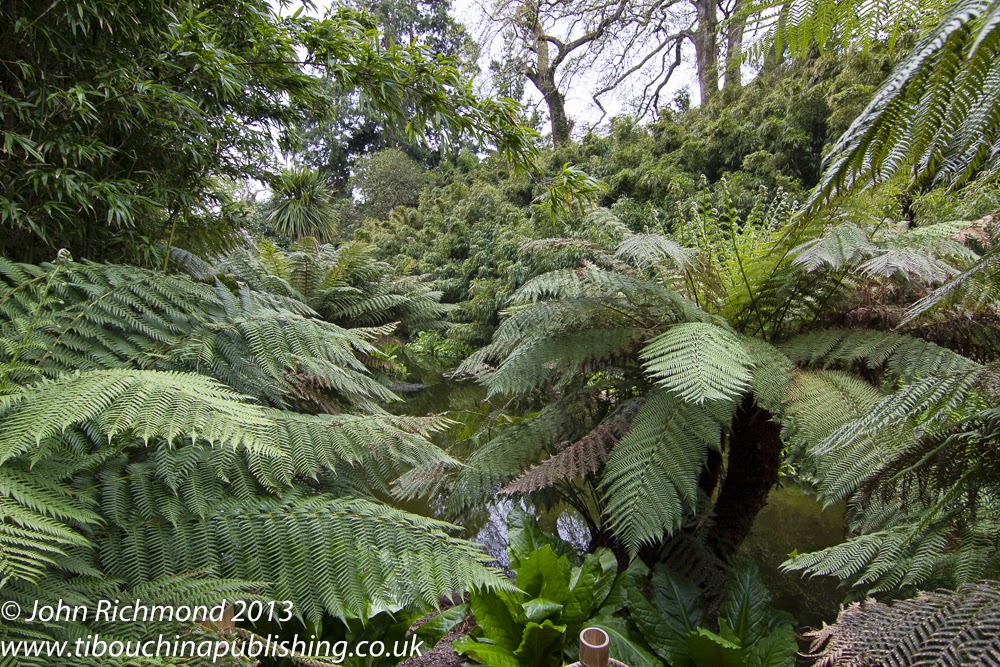 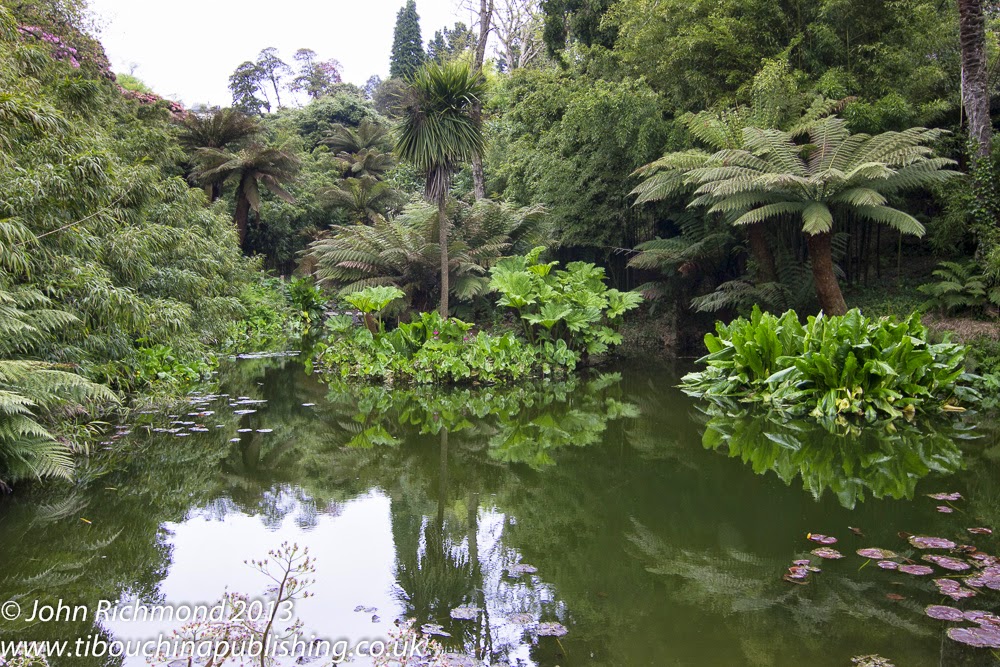 Another 15th of the month and a chance to show what's flowering in my Plymouth garden.  As always click to embiggen the photos.

We're currently enjoying a spell of relatively warm, sunny weather.  Good for the plants, not so good for photography, with harsh contrasts all too ready to spoil a shot.  So, a number of the photographs were taken earlier in the month - though the plants are still in flower today.


Close by is the scented Syringa microphylla 'Superba'.  This is getting crowded out as the Camellia and Rhododendron increase in girth and I may have to sacrifice it in the future.

Meconopsis cambrica is widespread through the garden, seeding readily.  The foliage is good and I encourage it in suitable spaces - and ruthlessly eliminate it in others.  Until recently I've only had the single yellow form but I was given some seed of the single orange variety a couple of years ago.  This was scattered in the back garden (it works if you have enough seed) and the first plants have now flowered.  The two varieties won't cross so no intermediates but, if I were so inclined, I could try seed of the double flowered yellow and orange forms or the single red form.  Maybe next year.


Approaching the front door, Libertia grandiflora, is coming up for full flowering.  It should be in full sun but manages nicely in partial shade and is looking good this year.

The camellias are almost over but 'Anticipation' still has a lot of flowers.  It seems to get later and later every year.  I illustrated it last month so won't cover it again except to say that you can see it peeping out in the Trachycarpus shot further down.

Also self seeded are Aquilegias.  I buy the occasional plant to expand the colour range in the stock - but only the best compare to a good, self seeded white of the common species Aquilegia vulgaris.


With the mild winter a number of my Fuchsias have come through and started flowering early.  'Mrs Popple' was in the garden when I bought the house and still survives after 18 years.  Fuchsia splendens 'Karl Hartweg' shouldn't stand a chance of survival - but does.  The first flowers are just emerging with plenty of buds to come.  'Genii' I cut back hard this spring for best foliage colour so flowering will be a little later in the month. The buds are just not quite ready to 'pop'.  F.magellanica 'Alba' keeps trying to make a small tree so I have to keep trimming it back.  Left untrimmed it flowers well - and is doing so this year.  They should still be flowering next month so I'll illustrate them then.


A couple of larger, blue flowered bulbs are at the tail end of their display.  Scilla peruviana has delighted me for the last few weeks while Camassia quamash has a shorter display period.  Well worth growing - even if slug and snail protection is vital.


Another two legacies from the previous owner are the common double peony, Paeonia officinalis 'Rubra Plena', and a Siberian iris, Iris sibirica.  Both flower at the same time, both are being shaded out, and both need moving to a sunnier site.  If only I had one.  No matter, I'll enjoy them while I can.


Half climber, half scrambler, Mitraria coccinea, is a shrubby sprawler for light shade.  The leaves are small but the curious inflated tubular red flowers make up for any foliage lack.


One plant that is now flowering regularly is the larger of my two Chusan palms, Trachycarpus fortunei, which has reached about 6ft / 180cm of trunk height after 9 years in the back garden.  The flower stems come straight out of the upper leaf bases in the trunk and hang down like thickly bunched ropes of tiny yellow pearls.  I think this one is a male.  The one in the front garden is too small to flower yet.

Even my variegated holly is getting in on the act.  Ilex x altaclarensis 'Golden King' (actually a female form) is producing the little white flowers, which, if cross pollinated, will result in red berries later in the year.


Finally, by the kitchen door I have a large pot filled with French lavender to brush against as you go into the garden.  This is the long eared version which now rejoices in the name Lavendula pedunuculata ssp pedunculata 'Papillon'.  Long flowering and very aromatic.

Next month should be interesting.  It may have been the mild winter or it may have been the - relatively - warm summer but four of my five Phormium are producing flower spikes.  I've had 'Evening Glow' for years and it's never flowered, just got larger, but it has at least two spikes developing.  'Tricolor' is more advanced with five spikes, while 'Dusky Chief' has one and P.tenax 'Variegata' has a couple that should reach 10ft / 3 meters or more.

As ever, my thanks to May Dreams Gardens for hosting the Garden Bloggers' Bloom Day meme.  Head over there to see what's flowering in many more gardens round the world.
Posted by Trainer John at 8:29 PM 3 comments: